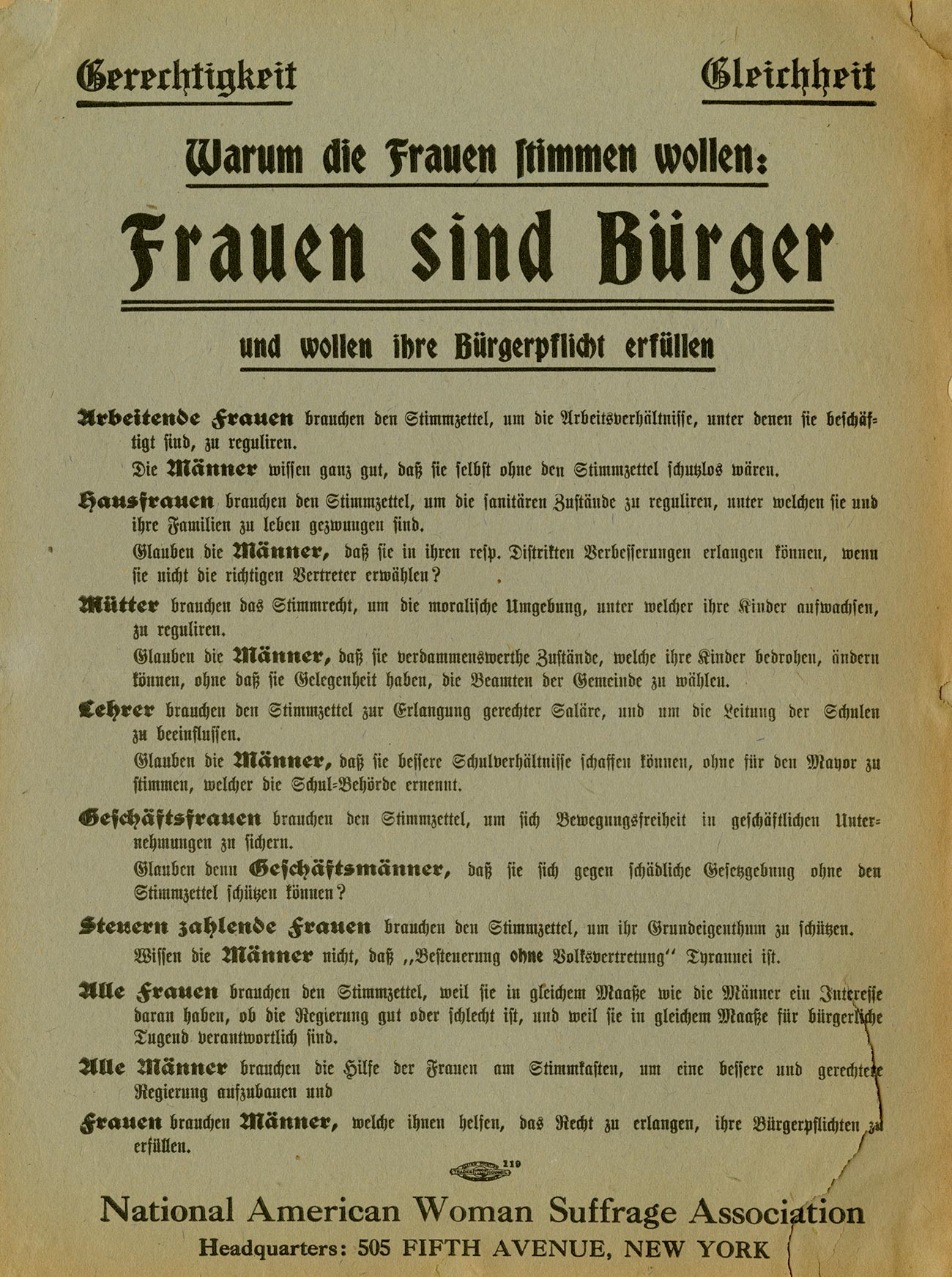 According to Massachusetts suffragist Florence Luscomb, “no state was ever carried for suffrage until it was sown ankle deep in leaflets.” These fliers—“brief, snappy arguments in handbill form on the cheapest, gay newsprint”—were distributed by the hundreds of thousands to the so-called “man on the street” who held the fate of woman suffrage in his hands. The fact that so many male voters were immigrants (in 1910 approximately 15 percent of the American population was foreign-born) called for some creative campaign material to drive the point home.

Around 1915 NAWSA began to circulate suffrage fliers in a variety of foreign languages, including German, Polish, Italian, Yiddish, and French. No matter what language they were in, the fliers aimed to explain the reasons why women should be enfranchised in terms that were simple, direct, and compelling. Why do women want to vote? “Frauen sind Bürger” (Women are Citizens) “und wollen ibre Bürgerpflicht erfüllen” (and wish to do their civic duty). This sentiment was widely shared among “Arbeitende Frauen” (working women), “Hausfrauen” (housewives), “Mütter” (mothers), and “Lehrer” (teachers). “Gerechtigkeit” (Justice) and “Gleichheit” (Equality) support their demands.

It turns out there are lots of ways to say votes for women: “Das Stimmrecht für Frauen!” “Voti per le Donne!” “Le Suffrage pour les Femmes!” “Votos par alas Mujeres!” “Glos Dla Kobiet!” Learning how to reach out to these constituencies—both male voters and female family members who could use these arguments to convert them—broadened the suffrage movement and contributed to its ultimate success.